Please call ahead to plan your visit.

In 1981, Mother Angelica, a cloistered Franciscan nun, launched what has become the largest religious media network in the world; Eternal Word Television Network.  EWTN now reaches 264 million homes in 145 countries and over 700 million homes with AM, FM, shortwave radio and internet.

It all began in 1923 in a small home in the southeast end of Canton, Ohio.  Born Rita A. Rizzo, the future Mother Angelica, grew up in a working class neighborhood during the Roaring Twenties a block away from her parish church.

Young Rita had a difficult childhood.  Her father, John abandoned the family before Rita was five years old.  Divorce soon followed.  Life was a struggle for Rita and her mother.  Rita’s years of trial were compounded by a debilitating stomach ailment until she was healed by Jesus through a woman named Rhoda Wise.  That healing set her life on a course that would ultimately change the world........    Come and see where it all began. 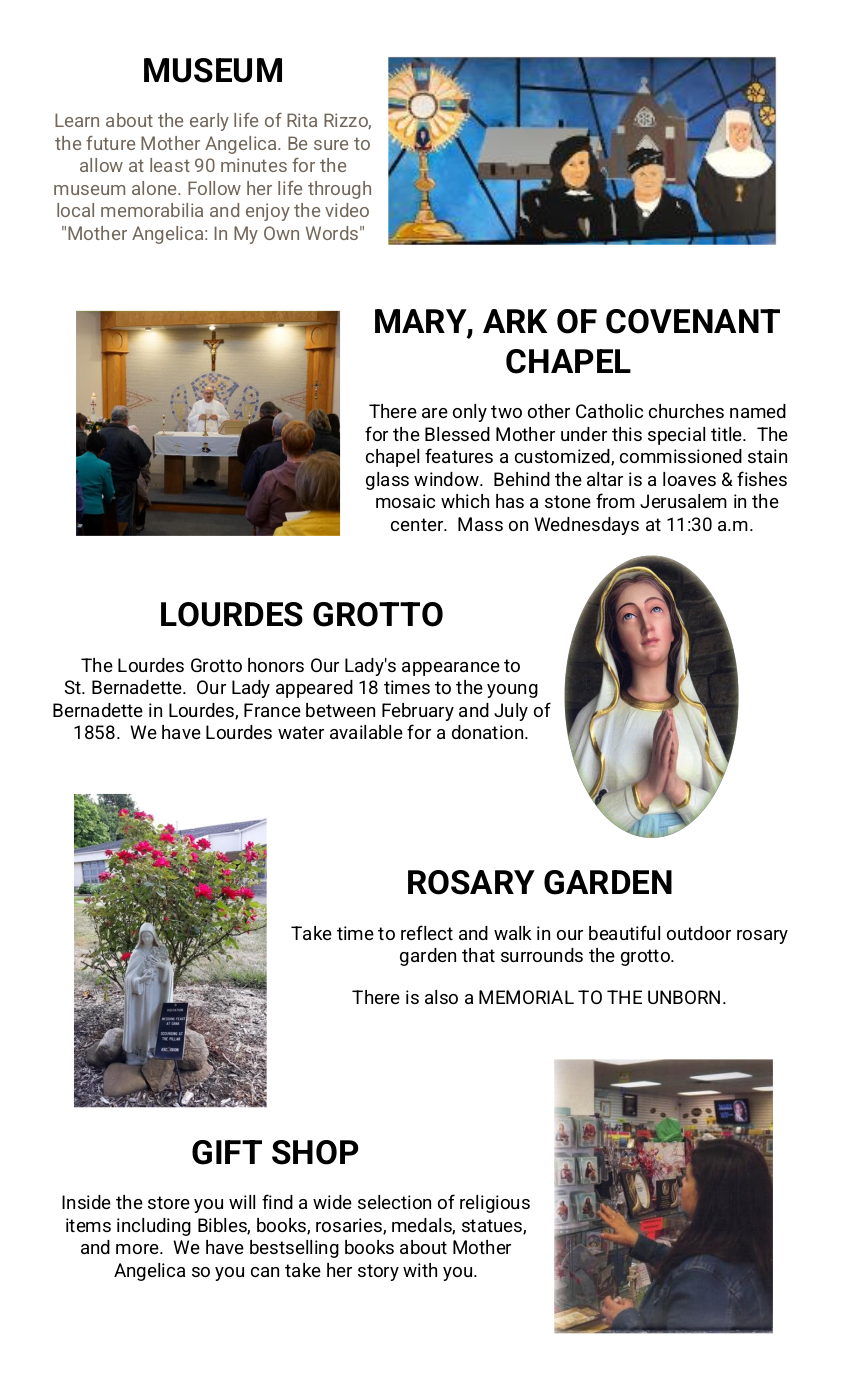