Mother Angelica was born Rita A. Rizzo, on April 20, 1923, into a community of Italian immigrants, in southeast Canton, Ohio.  Rita was the only child of John and Mae Rizzo.  She was born during the "Roaring 20's" and "Prohibition,"  a time when the mafia and the Italian Black Hand took control of distribution of alcohol in the United States.  During those years Canton, Ohio was known as "Little Chicago."

Rita's father, John Rizzo abandoned the family and in 1929 her mother filed for divorce.  While her mother maintained full custody of Rita, she struggled with chronic depression and poverty.  Looking back upon this time in her life, Mother Angelica described herself and her mother as being "like a pair of refugees. We were poor, hungry, and barely surviving on odd jobs before my mother learned the dry cleaning business as an apprentice to a Jewish tailor in our area. Even then, we pinched pennies just to keep food on the table."[2]

Rita attended St. Anthony Catholic Church grade school until the fifth grade.  Her grandparents played a significant role as a stabilizing force in her life.  But the local culture 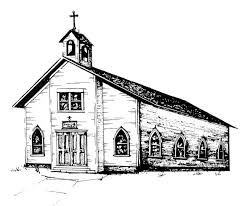 was chaotic: prostitution, bootlegging and assassinations. Even her pastor Fr. John Riccardi was gunned down in the church!

After graduating from McKinley high school in 1941, Rita began working at Timken Roller Bearing Company.  Soon after, a stomach ailment required medical attention. Tests revealed serious abnormalities in her stomach and intestines. The pain continued to worsen with no alleviation. Medical treatment failed to relieve her suffering until.... THE HEALING

There are no products listed under this category.